How Microservices Change the Way You Should Think About Testing
Guest Author: Alex Doukas | 23 November, 2022

Providing fully operational software that's aesthetically pleasing, user-friendly, and error-free has become an absolute necessity—you simply can't compromise with a low-quality product. Throughout the whole lifecycle of your application, thorough testing is the best way to ensure your product maintains that high quality.

The adoption of microservices has changed the way applications are tested. Microservices are single-responsibility services, meaning that each service is its own stack. In theory, microservices give software engineering teams a quick turnaround time in terms of new development, changes to the code, adding new features, etc. This quick turnaround time has to be supported by the testing you perform. Your testing must be able to deal with these single subsystems, as well as the way they communicate with one another. Also, some microservices may come bundled with services such as databases, message queues, etc, so your testing must be able incorporate those as well.

For all these reasons, the way you think about common types of testing must change. In this article, you'll learn more about why testing microservices is needed, as well as the most efficient ways to do it.

Why Do You Need Microservices Testing?

Software testing is an important concept in product development. Having the right amount of testing at the right time is critical to having a successful release, and it has always been a difficult task. Microservice architectures have entirely transformed the way testing is conducted. Previously, with large monolithic applications, more testing was done at the end of the release cycle, requiring any minor changes to go through another round of regression and end-to-end testing. With microservices, the emphasis is now on testing at every stage of development using various automation testing and testing frameworks that run with every code change.

Let's take a closer look at how monolithic systems compare to microservices. A monolithic system is typically made up of very few components, with everything bundled together. Testing cycles are longer because each change necessitates a thorough end-to-end test, which is both expensive and time-consuming to execute. Microservices, on the other hand, are made up of many moving parts that are responsible for a variety of different capabilities. Compared to monolithic systems, these typically have a much shorter development cycle.

One of the primary benefits of microservices is that any new changes have a much smaller blast radius. This means they have a smaller test surface area, so testing can be accomplished much faster. However, microservices present unique challenges when compared to legacy systems. It is often difficult to determine how much testing is required—identifying the right amount of testing can be very complex when the business functionality is broken down into multiple different components. In this case, the overall complexity of the system is more significant.

When testing microservices, the primary focus should be on the boundaries between the different pieces because they allow for clear separation and goals. For example, it’s important to make sure that if one piece breaks, you know about it and can test that it won't affect the other pieces. To achieve quality testing at speed, you need to have clearly defined test stages, have clear outcomes, and optimize the overall testing workflow. Also, using lightweight tools is essential, as you need good test coverage at all levels. 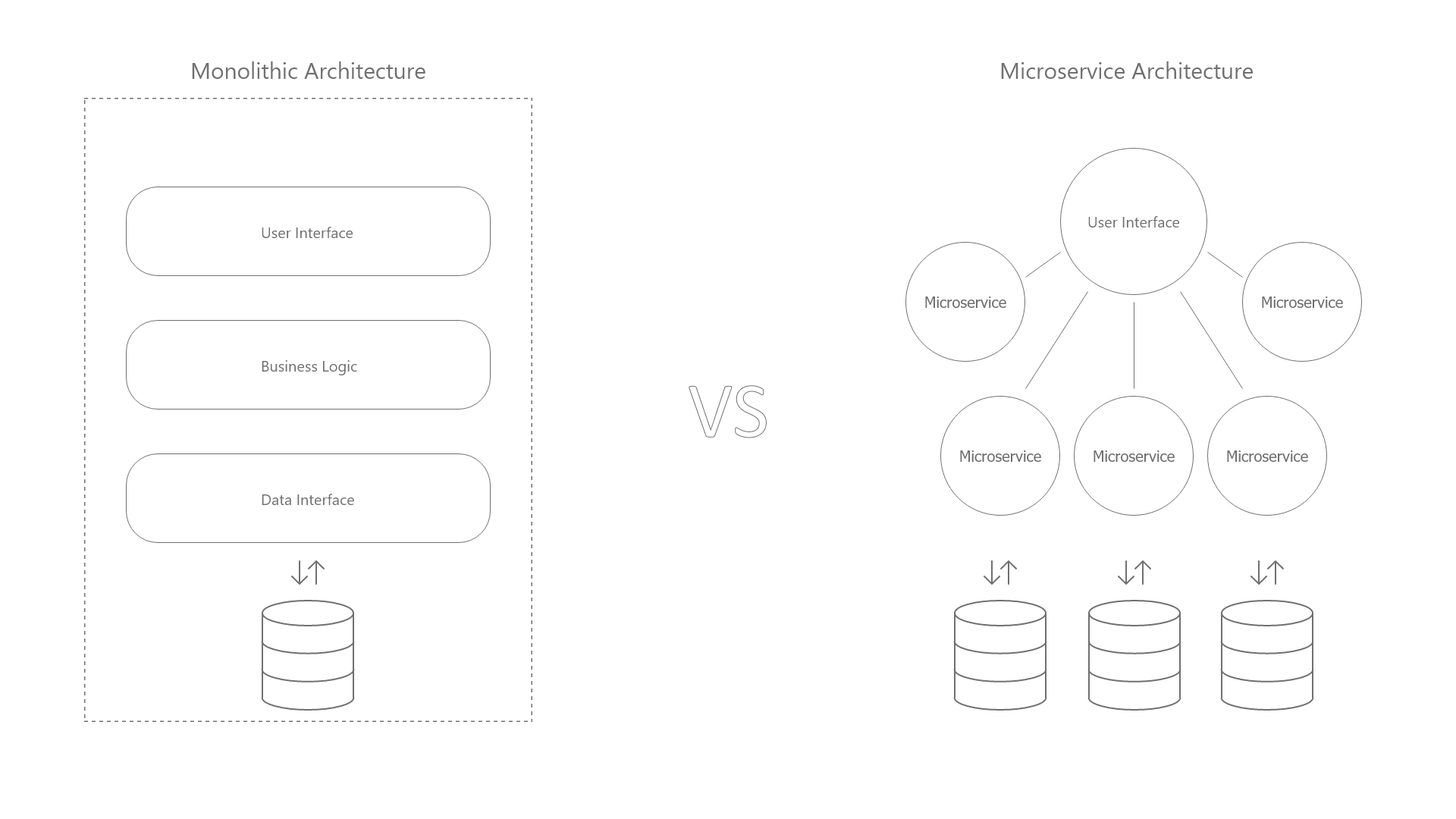 As you have seen, microservices are important and challenging to test. Let's examine some of the most common testing approaches and methodologies and how they can be implemented efficiently.

As previously stated, a microservices application is split up into smaller pieces that can operate independently. The idea behind integration testing is that once a microservice component works and all of the tests for each have passed, you can check to see if the components can now communicate with one another successfully.

Integration testing assesses the application components on a broad scale. It verifies that two or more app components collaborate to produce the expected result, which may include all components required to process a request fully. So, suppose you're going to do integration testing between a third-party or external service and your application service. In that case, you'll need to test the communication paths between these two services to see if it's successful and determine how to handle a timeout. Integration tests ensure that an app's components work properly across its supporting infrastructure, which includes data stores, databases, third-party APIs, and networks.

To perform integration testing efficiently, you must first create a pre-production or staging environment that closely resembles the behavior you would expect in production. The issue is that developers do not have access to these environments where they can test their changes and receive extremely high-quality feedback. In a continuous integration (CI) environment, you could run some simple integration tests, but they would be very limited because they are usually mocked and run in simulated environments, making them unrepresentative of actual conditions. This lack of proximity to production environments is the primary reason why developers struggle to write, understand, and test changes and inputs much earlier in the life cycle.

A more efficient way to run integration testing is with Signadot Sandboxes. In contrast to environments composed of mocked dependencies, a Sandbox provides a lightweight test environment that allows you to run tests against a real environment that closely resembles production, resulting in high-quality signals. Furthermore, Sandbox environments scale to hundreds or thousands of environments with minimal infrastructure costs because each Sandbox only deploys the services that have changed.

In an end-to-end testing environment, you attempt to simulate how the end user would interact with your application. This type of testing aims to ensure that all system components are functioning properly and that your application's critical end-to-end flows are validated with each deployment. Although you don't want a huge number of end-to-end tests, you need them to ensure that your system meets certain requirements. These could be a user journey or a particular path through your application that you know is quite common. Setting up an end-to-end test really serves as a sanity check that all of your other tests haven't missed anything and there isn't some strange behavior between two different services that causes something odd to happen. When everything is set up, end-to-end tests check that everything works as you expect it to.

Especially if you have a stateful system, you can't afford to ignore effective end-to-end testing. If your application involves a lot of state, there's a much higher chance that you’ve missed something, and when you put everything together, something about the state doesn't follow through quite properly.

The goal of modern end-to-end testing is to make high-quality feedback available to developers early in the development lifecycle. Signadot Sandboxes again provide a lightweight test environment that can quickly be set up. Instead of spending a lot of money to set up traditional environments, you can use Sandboxes to create end-to-end test environments—even for a single commit to a microservice in your stack—with minimal infrastructure or maintenance costs to worry about. 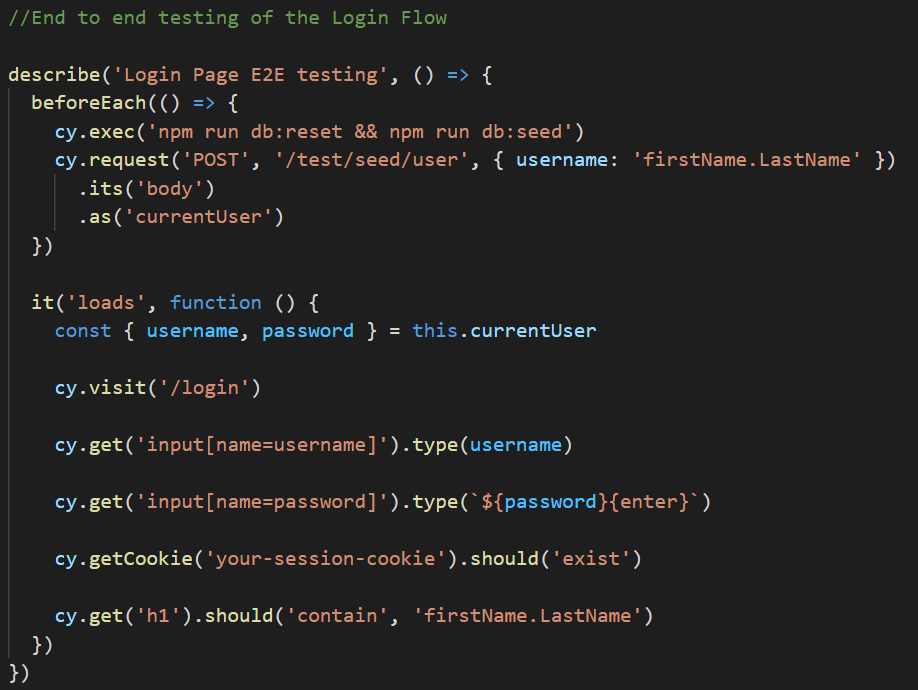 Performance testing is another important aspect of a microservices testing strategy, especially if you want to follow a shift-left approach, as it allows you to detect any anomalies up front rather than when they become a bigger issue.

The primary goal of running performance testing on any product is to confirm that the performance is as anticipated. This is done before the product is released and reveals what needs to be improved. It will help you evaluate a software application's responsiveness, scalability, stability, and resource utilization in response to a certain workload. Scalability or load testing establishes the maximum user load and stability testing examines the application's performance under various workloads.

A lack of performance testing can result in issues such as the software running slowly while several users are using it simultaneously, inconsistencies across operating systems, and poor usability. Compared to the traditional way, where performance testing takes place before the software's release in a separate performance environment, Signadot Sandboxes allow you to run performance tests before the merging stage. This way, developers can get high-quality testing feedback prior to merging code, ultimately leading to better production. 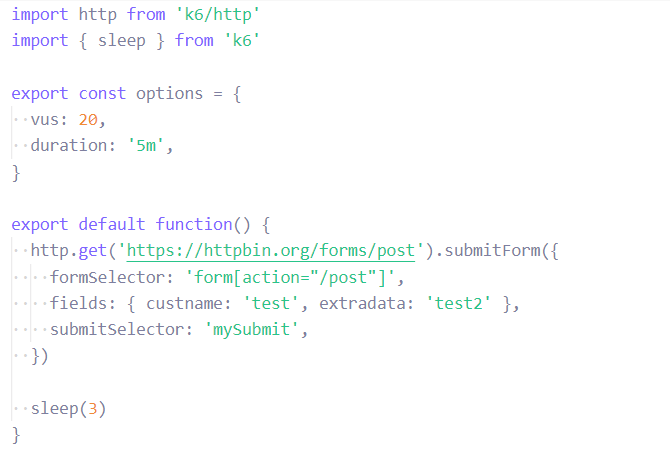 To increase the speed, scalability, and maintainability of applications, devops teams are increasingly favoring microservices over monolithic architectures. However, many businesses attempt to adopt microservices without fully acknowledging the new testing requirements that follow.

Testing microservices presents new challenges, primarily because of the complexity of their architecture. This new paradigm requires a different approach. It can be difficult to modify your methods to work with a new development model, but with the right testing tools (such as Signadot Sandboxes), expertise, and a modern strategy, testing can be made simpler and more efficient.